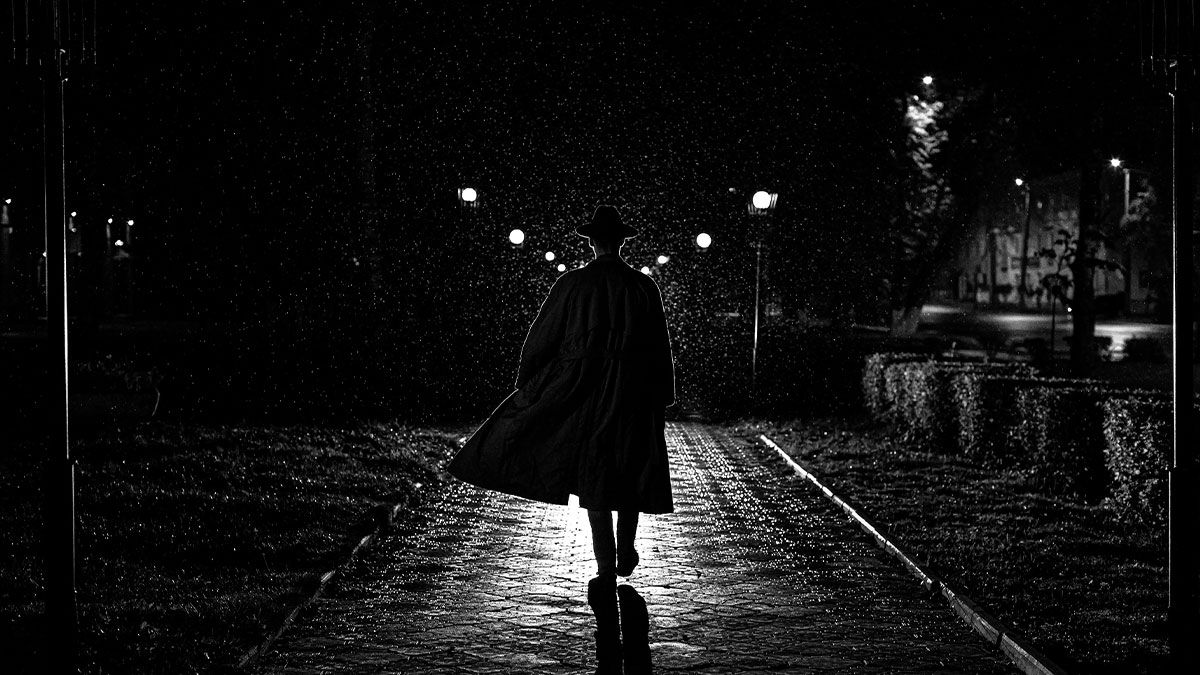 You can read the previous chapter, Blaise I., here.

…Blaise thought it was over. These animals killed his parents, everyone in the inn, and now he’s certainly going to die as well. The clock struck midnight and started cuckooing. He looked at Laura and wanted to crawl to her to greet the New Year together as he agreed on it.
Suddenly something popped. It was so sudden and loud that Blaise cringed and covered his ears with his hands. At first, he’d thought it was fireworks, but when the dog collapsed, he realized something was wrong with his theory. Something brushed over his upper arm: a black fabric jacket.
Looking up, he saw a wide-shouldered man with a scruffy chin wearing a hat, who could have been the same age as his parents. He was holding a gun in his hand, which he’s now pointing at the panther. The growling beast began to charge toward them, but the man shot him without batting an eye.
“Are there more of them in there?” he asked Blaise who shook his head signaling that he didn’t know. The stranger took off his coat and laid it on him.
“Stay here, don’t move!” – he said then made his way to the event hall with confident footsteps, from which only bubbling moans filtered out. The man disappeared. After a few seconds, shots were fired, something shattered, something broke. Blaise wanted to crawl up to his mother, but he didn’t dare move. If his savior told him not to mess around, he won’t. Long minutes later, the blonde-haired man returned. His shirt was covered in blood, but he looked unharmed.
“I’m Henry.” Blaise didn’t answer, as if he had forgotten to speak, staring at his mother’s body. Henry followed his gaze.
“Is she your mother?” He nodded slowly.
“Is your father here?” He nodded again, and now he looked toward the room.
“The police will be here in minutes. They can’t find me here, I have to go” – he handed him a card. “In case you need me. Hide it well, don’t let the cops take it from you!” He got up and left where he came in. The police sirens really were crying in a matter of seconds, so Blaise rose up, went to Nat, took the key out of her hand, went up to their room, slid the card from Henry into his bag. Then sat down in front of the bed and started crying with his head on his knees.
After that, everything was dreamlike. The days were flowing, the faces were all asking about what had happened, but he didn’t say a word. There was a woman who tried tricks to get him to open up. Unsuccessfully.

In the end, the adults decided that he should move in with his only relative, the alcoholic Aunt Nancy. No one knew, of course, that she was a drinker, only Blaise because that’s what his parents called her. He had just moved in and settled in, and he already had an argument with her on the first night. He didn’t know what he did wrong, but Aunt Nancy took the slice of bread he wanted to eat for dinner, ordered him to go to his room, and when he ran up the stairs, an empty wine bottle snapped on the wall. Blaise wanted to call Henry, even though he wasn’t sure what it would accomplish. Right now, Henry was the only person in his life who filled him with a sense of security when he came to his mind.

The next day, he started a new school, which wasn’t nearly as terrible as what was waiting for him at home. Aunt Nancy was drunk having fun with some low-life bloke in the living room. Blaise probably committed a high-key crime by showing up because she climbed out from under the guy, stepped in front of him, and slapped him so hard that he fell and hit his head on the wall. It took him a while to wake up. By then he was back on his feet, Aunt Nancy was clutching his arm with such force that he thought she was going to break it, and she wriggled him up the stairs rapidly, where he kept falling to her knees, which made her even angrier.

As if history had repeated itself, the front door was burst open, and a figure in a long leather jacket with a hat appeared in it, with a pre-raised gun.
“Release him immediately. The boy is coming with me” It was Henry.
“This stinky kid’s not going anywhere” Something clicked, therefore Aunt Nancy let go of his arm.
“Do you want to come with me or stay here with this hag?”
“I want to go with you,” he muttered, pulling closer to him.
“You can’t do that, they’re going to look for you” she hissed.
“Then you’d better come up with a good explanation for where he went”
“I’ll tell the truth!”
“You can do that, too. Go get your stuff,” he instructed Blaise, who obediently jogged into his room, packed his backpack, and hurried back to Henry.
“Can we go?”
“Yes, please”.